Home > About Nova > How Nova Works

How does Nova work? 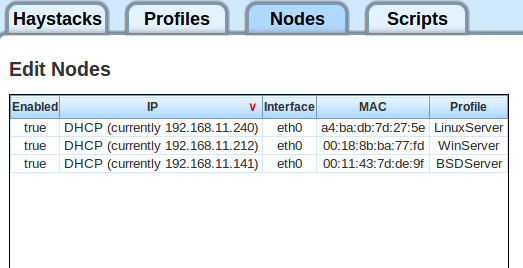 The Quasar web interface of Nova provides easy access to configuration and monitoring of the system from your standard web browser.

From Quasar, it is possible to configure the Haystack - a large set of lightweight honeypots (powered by Honeyd).  These honeypots can be configured to match the operating systems and services that are already on your network, making it difficult for attackers to distinguish them from real machines.   These honeypots will appear just like real machines when scanned with standard network reconnaissance tools.

Nova also includes the ability to create a haystack configuration automatically by scanning your network and configuring the honeypot operating systems and services to match as close as possible to the real network configuration. 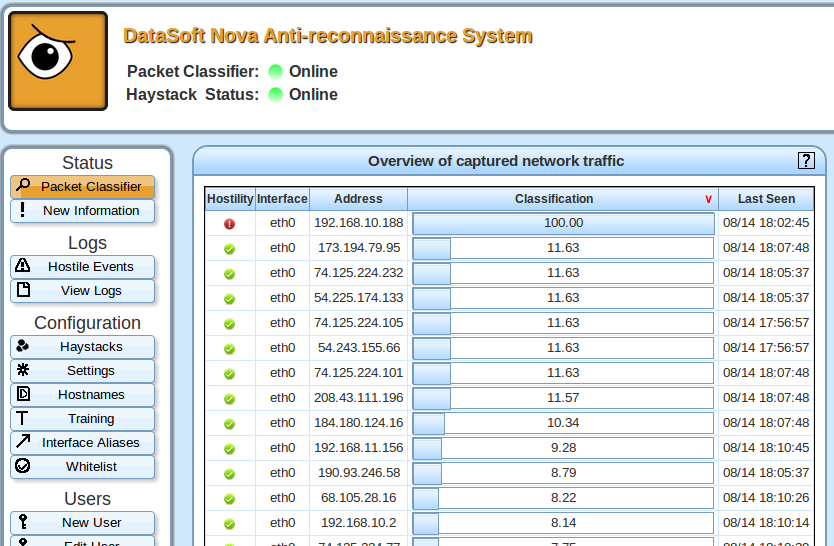 Once the honeypots are running, Nova alerts network administrators of potentially hostile activity by email, rsyslog, or by the web interface.  The detection of this activity is accomplished as follows: 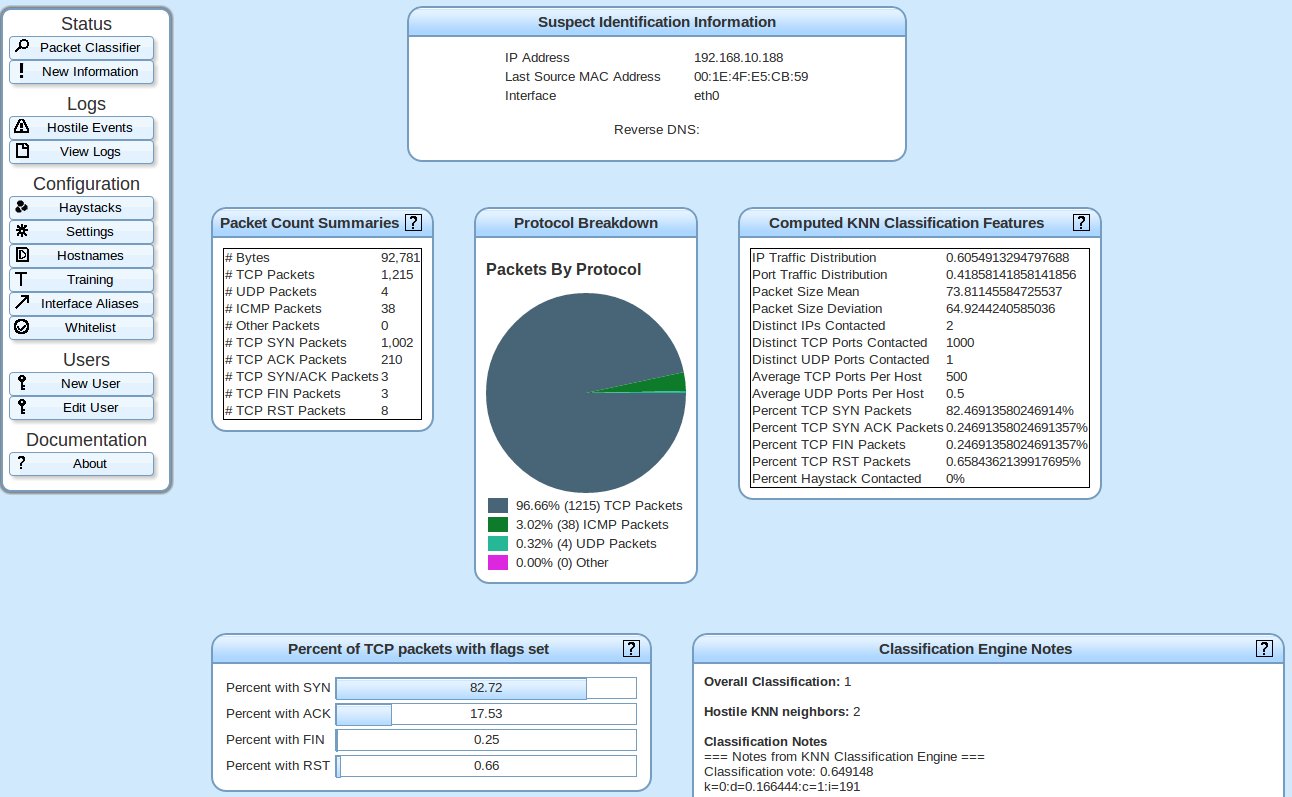 Once suspicious activity is detected, Nova provides information gathered on the honeypots in a number of charts, graphs, and tables, which give security analysts and systems administrators the needed data to dive into alerts and distinguish between false positives and actual threats.